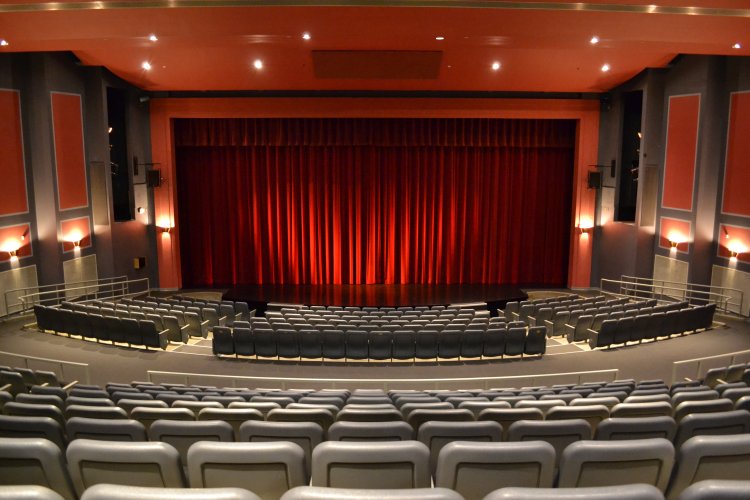 First opened in 1993 as the "Theatre at Burnaby South", the Michael J Fox Theatre now includes a 613-seat auditorium with great sightlines to a professional stage, with fine lighting and audio systems, green rooms, dressing rooms, an expanded lobby, and a gallery for visual arts and meetings.The Theatre now supports community performances from many diverse cultures – music, drama, comedy, musical theatre, orchestras, choirs, thousands of dancers – as well as business meetings, educational seminars and conferences.Located near [...] 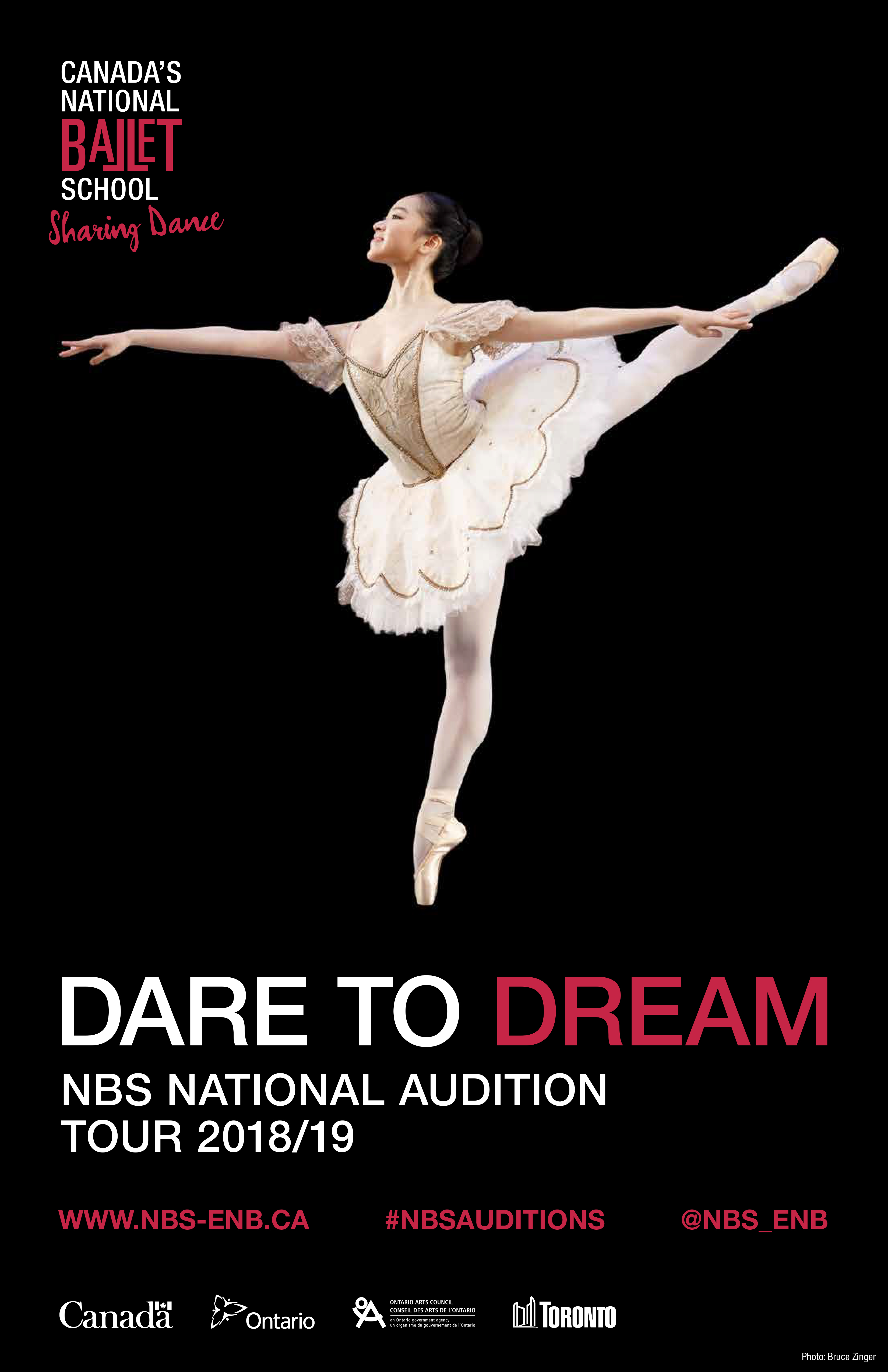 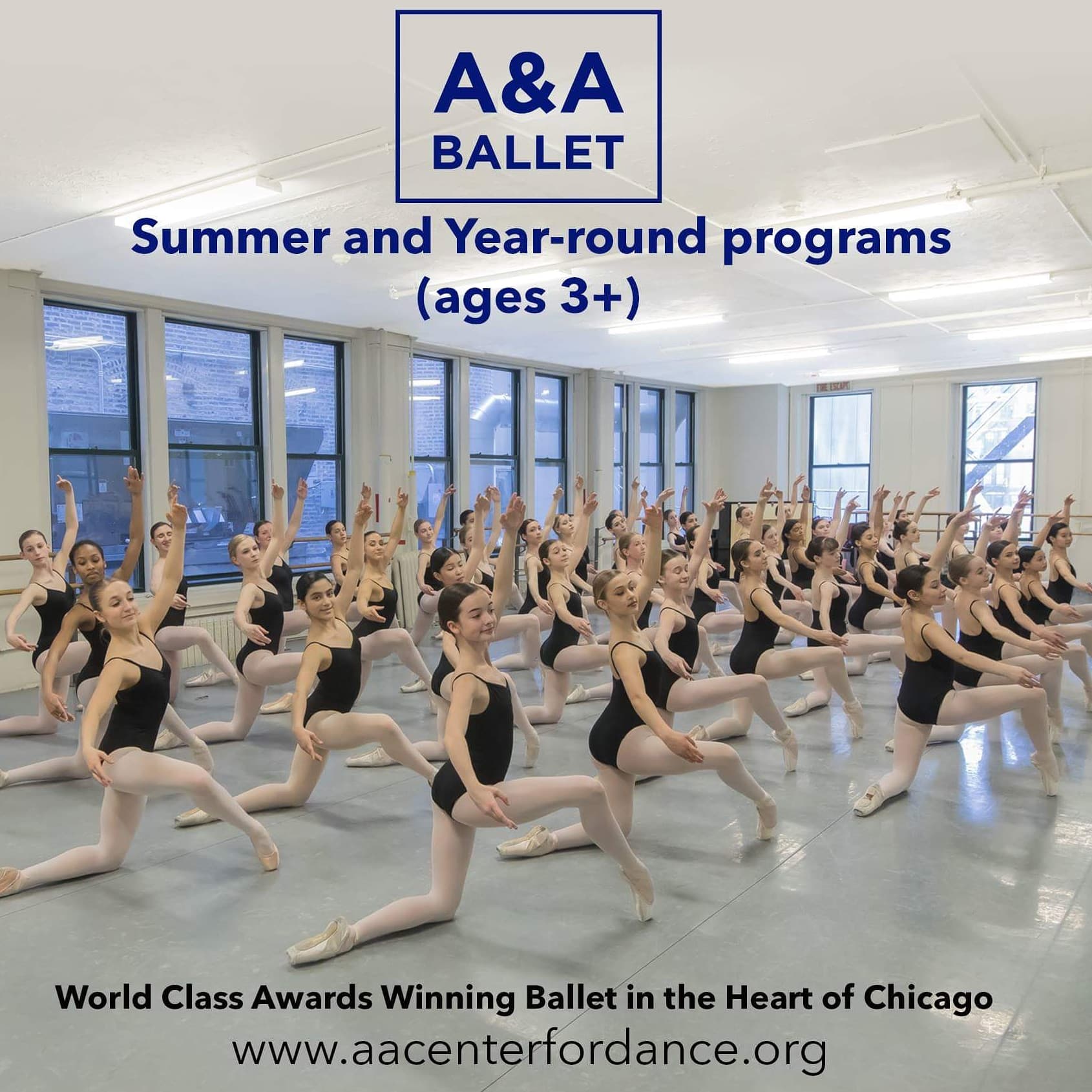 A&A BALLET is devoted to training in strong, versatile dance technique, as well as the development of PERSONALITY, INDEPENDENCE, and ARTISTRY in young dancers. Founded and led by internationally acclaimed artists and former Founding Artistic Directors of the Joffrey Academy and Joffrey Studio Company, Anna Reznik and Alexei Kremnev, A&A BALLET offers a wide variety of classes, professional performance opportunities, private instruction, choreography, and training for dancers ranging in age from three to adults.A&A BALLET’s creative vision has been developed through the eyes [...] 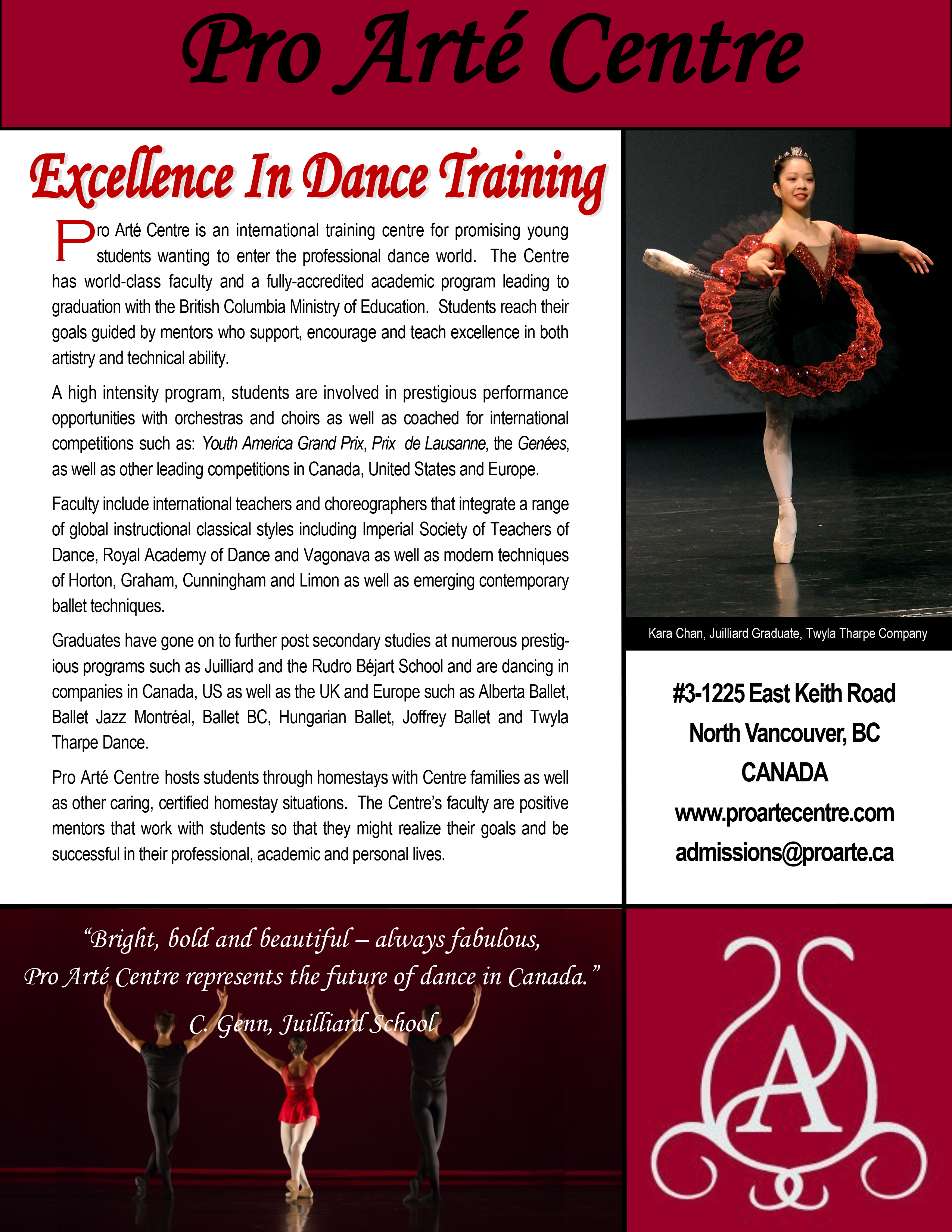 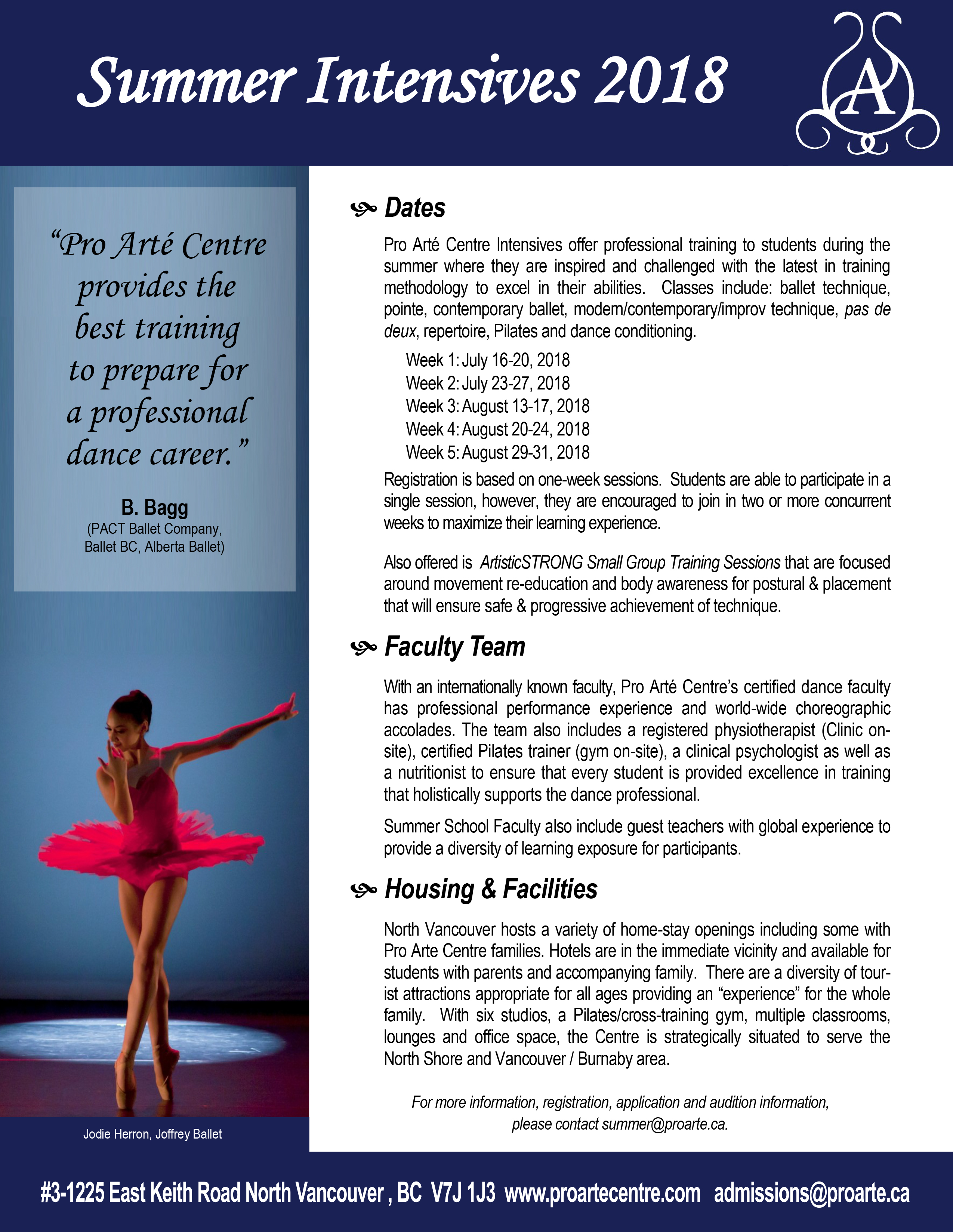 Pro Arté Centre is an international training centre for promising young students wanting to enter the professional dance world. The Centre has world-class faculty and a fully-accredited academic program leading to graduationwiththeBritishColumbiaMinistryofEducation. Studentsreachtheir goals guided by mentors who support, encourage and teach excellence in both artistry and technical ability. https://proartecentre.com/ 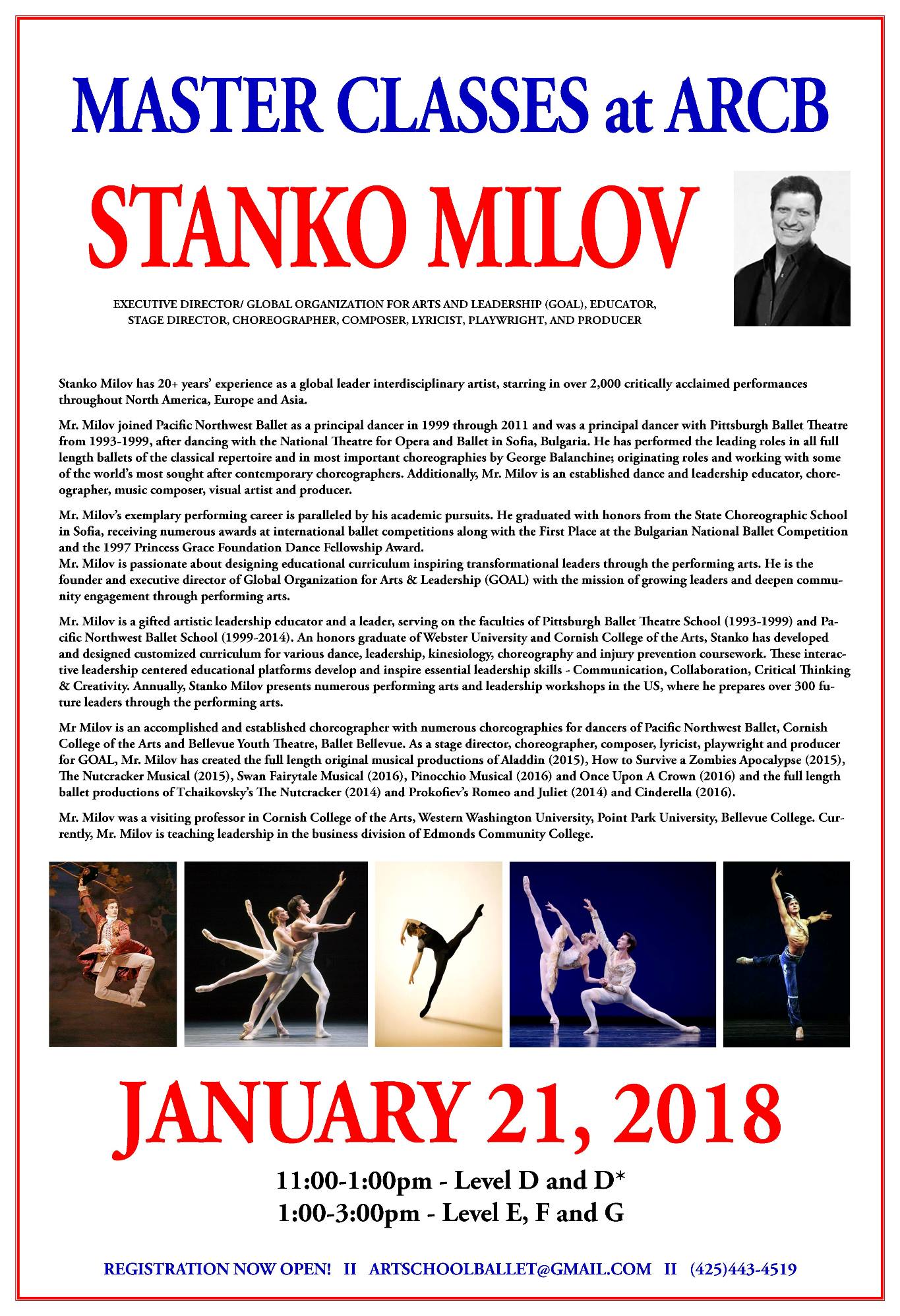 Academy of Russian Classical Ballet is a pre-professional ballet school committed to providing the best classical ballet training to students of all ages. Teachers of Academy of Russian Classical Ballet (ARCB) follow the Vaganova curriculum that provide ballet students with a structured, scientific dance methodology, and encompasses a holistic pedagogical approach. We offer the most consecutive and competent technique system which is recognized as the best in the world. Students of ARCB receive experience and ballet exposure through Nutcracker performances, Spring [...] 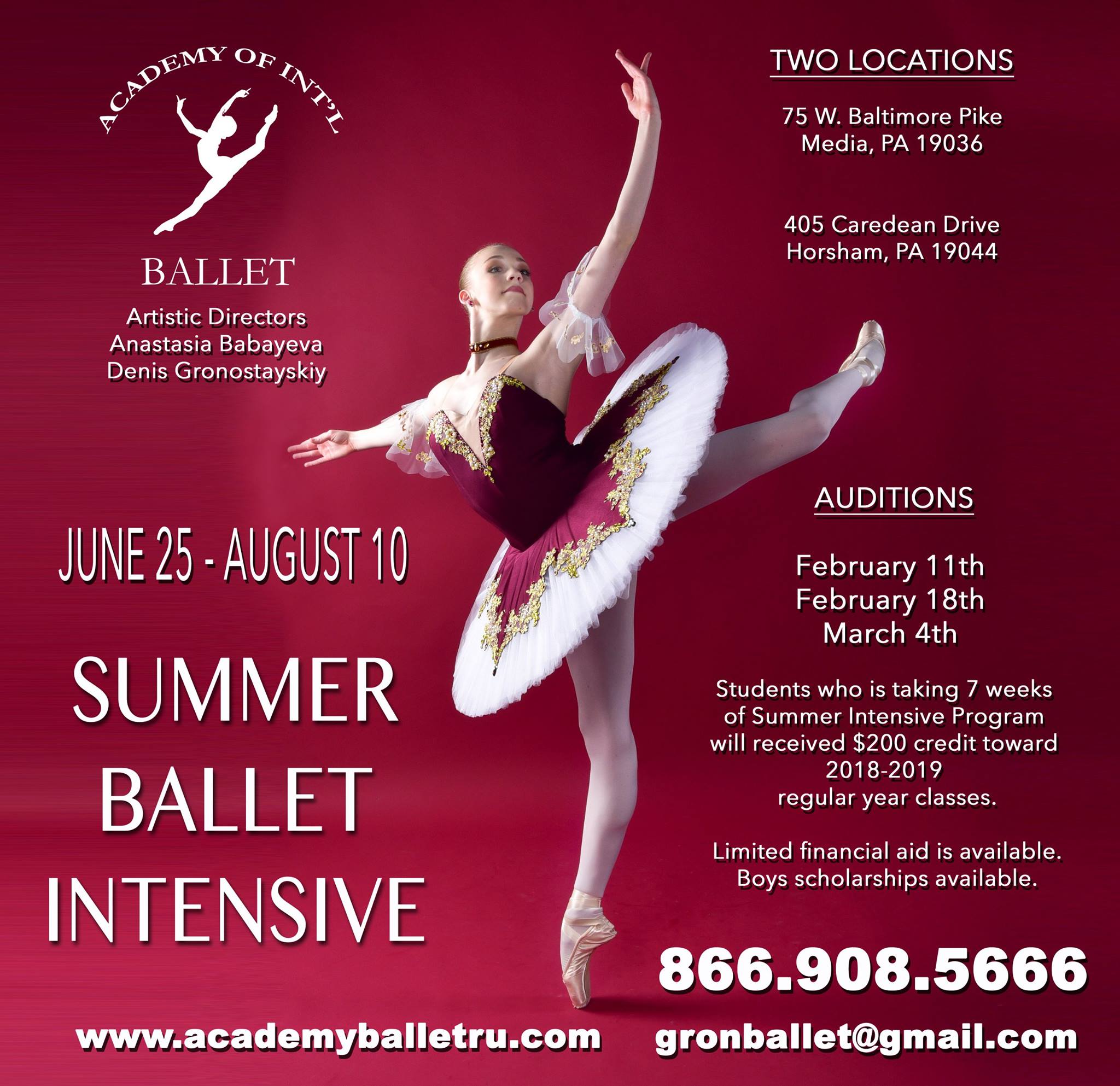 ABOUT ACADEMYLEARN FROM THE BESTAcademy, under the direction of Denis Gronostayskiy and Anastasia Babayeva, offers an incredible chance for students to learn from the best teachers in the world of ballet. Our goal is to provide dance education in positive and encouraging, yet disciplined environment where students gain an appreciation of dance, build self confidence and accomplish their personal goals. For generations, human civilizations have been dancing. Whether for cultural reasons or pure enjoyment, there’s a wonderful feeling that one gets [...]

January 17, 2018
By wbac News Comments Off on ACADEMY OF INTERNATIONAL BALLET
Read more... 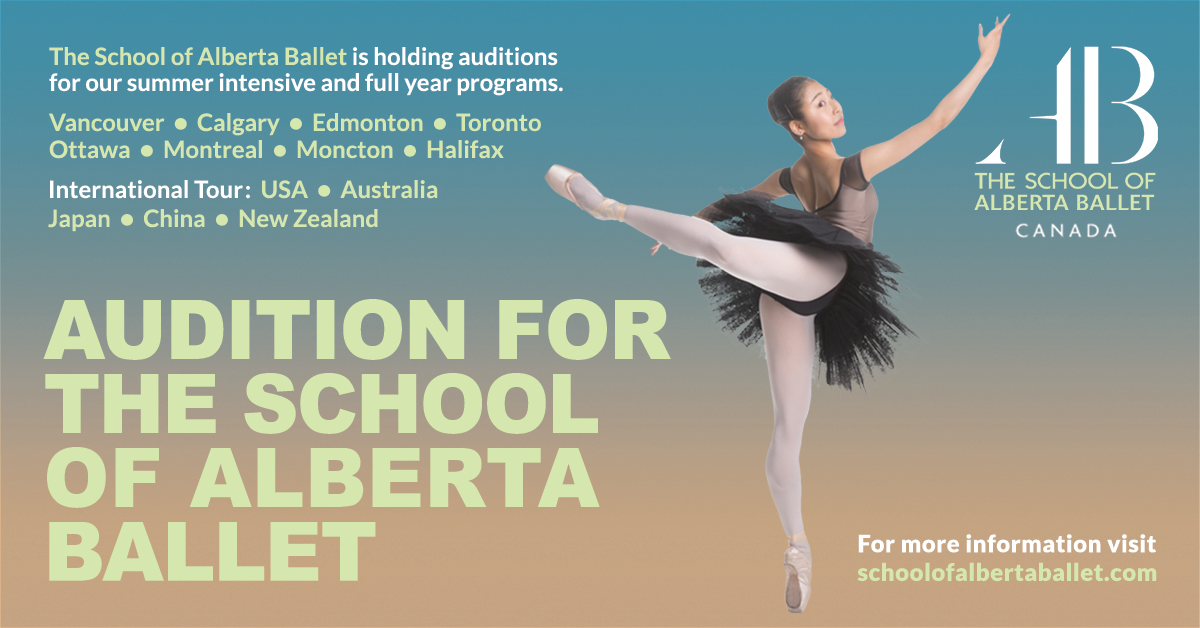 THE SCHOOL OF ALBERTA BALLET

October 18, 2017
By WBAC Fashions, News Comments Off on THE SCHOOL OF ALBERTA BALLET
Read more... 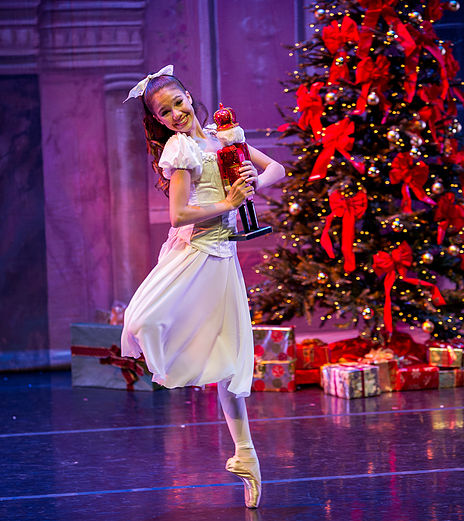 Ballet Arte is a premiere ballet and dance training academy in Solana Beach.    We offer programs in ballet, pointe, modern dance and Pilates  for all ages from toddlers, to young boys and girls, teens, and adults.  The Directors are best known for their high quality training programs from beginners through pre-professional levels.  Ballet Arte offers their students a nurturing environment where each can develop and realize their technical and artistic abilities.Contact: https://www.balletarte.com/ 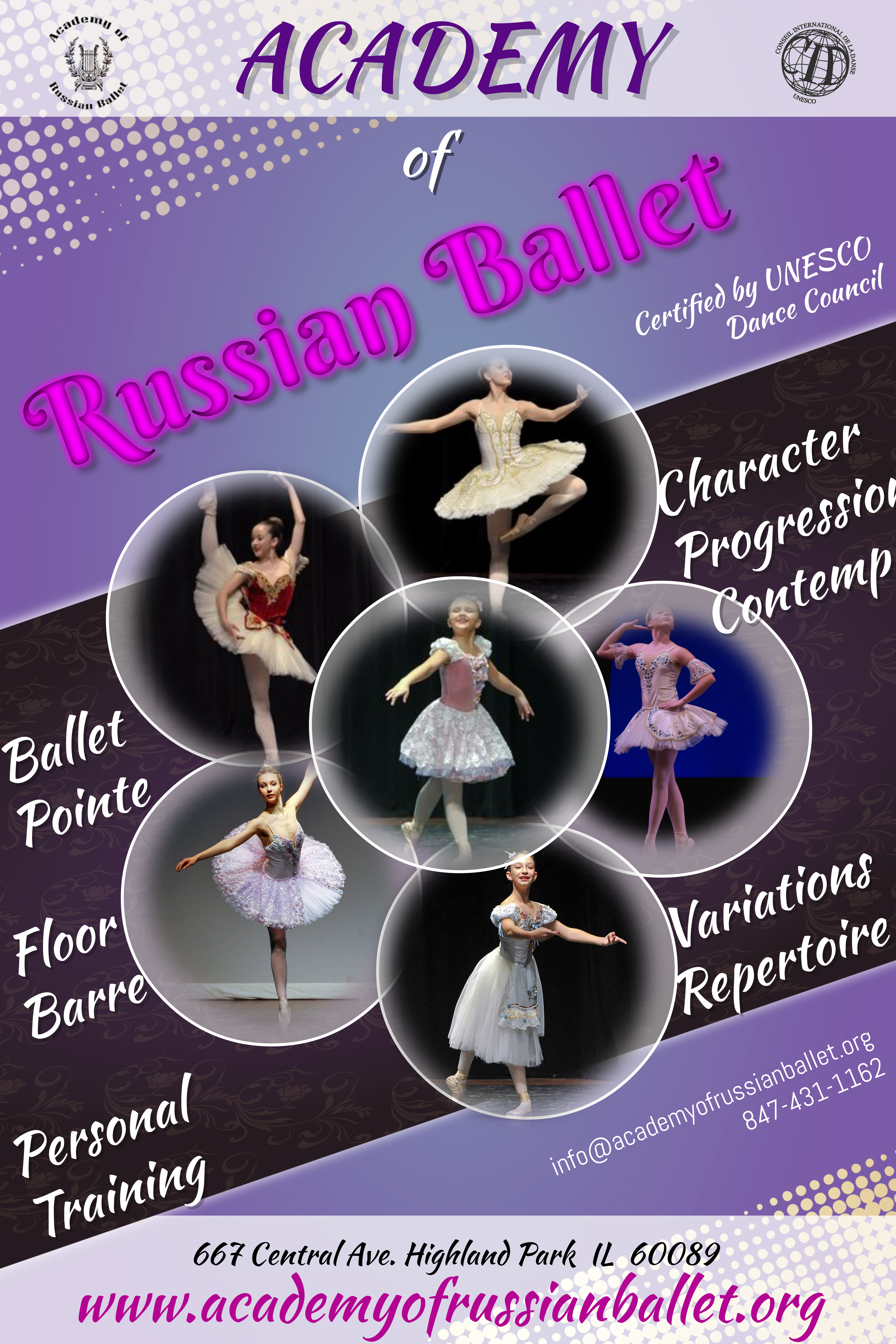 Academy of Russian Ballet is a pre-professional ballet school with the students participating in all prestigious International ballet competitions,committed to provide world-class classical ballet training to its students and launch the next generation of dancers into the world stage We believe that every student deserves the opportunity to explore his or her fullest potential, and strive to make classical ballet training accessible to all talented students who have the desire to dance Students at Academy of Russian Ballet receive the same training as students of [...]

October 18, 2017
By WBAC News Comments Off on Academy of Russian Ballet
Read more... 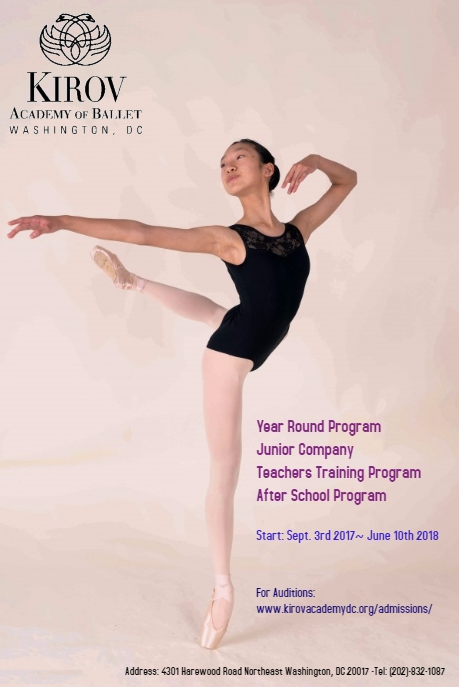 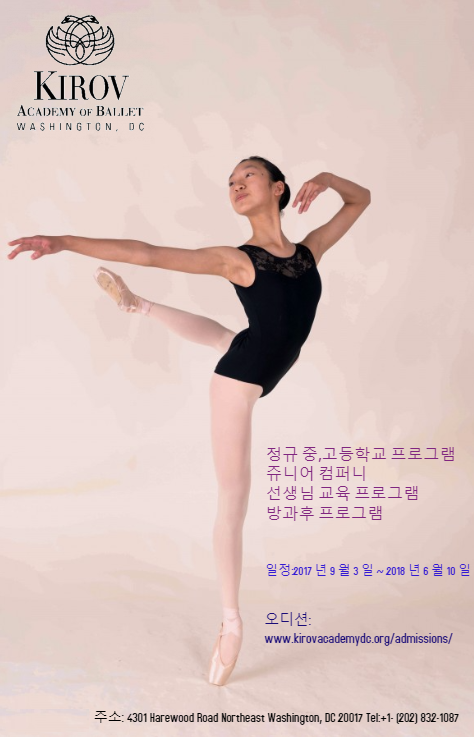 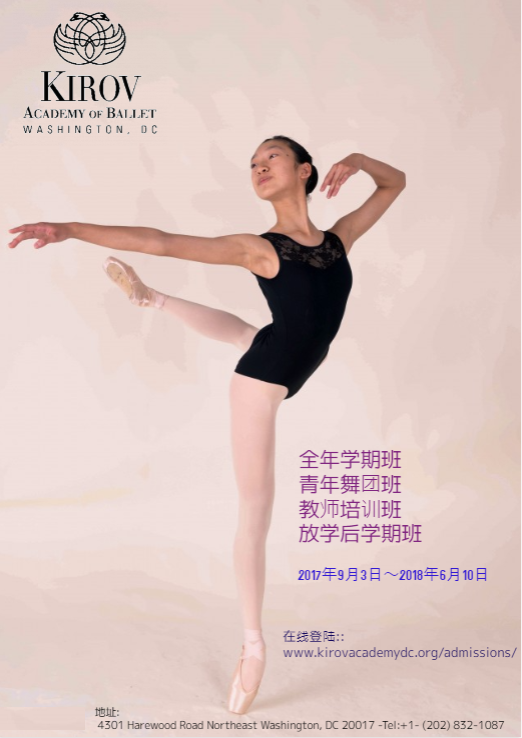 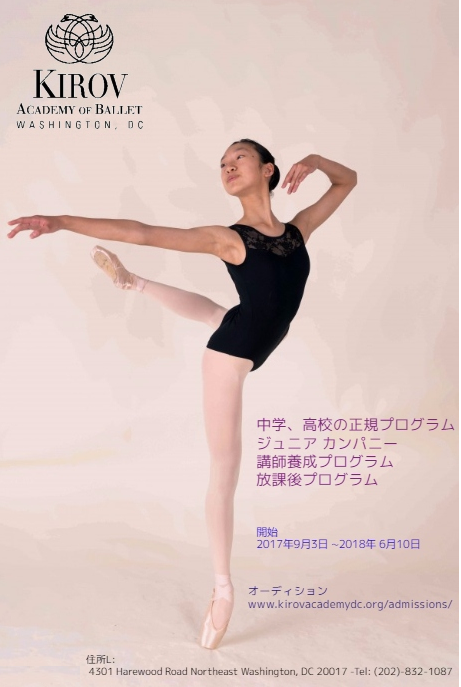 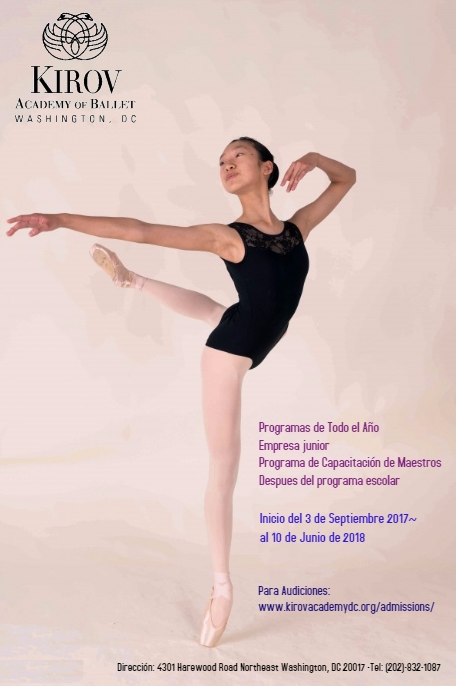 The Kirov Academy of Ballet of Washington

Audition Schedules: http://kirovacademydc.org/admissions/2017-audition-tour/The Kirov Academy of Ballet of Washington, DC is the only training program of its kind in the United States. It is a prestigious ballet and academic boarding school that prepares students ages 11-21 to become the next generation of classically trained ballet dancers through the principles and aesthetics of the Vaganova Method of Classical Ballet with world-renowned ballet instructors.Kirov is the only private school and non-profit organization that provides an accredited, stimulating academic curriculum, an active [...]

July 27, 2017
By WBAC News Comments Off on The Kirov Academy of Ballet of Washington
Read more... 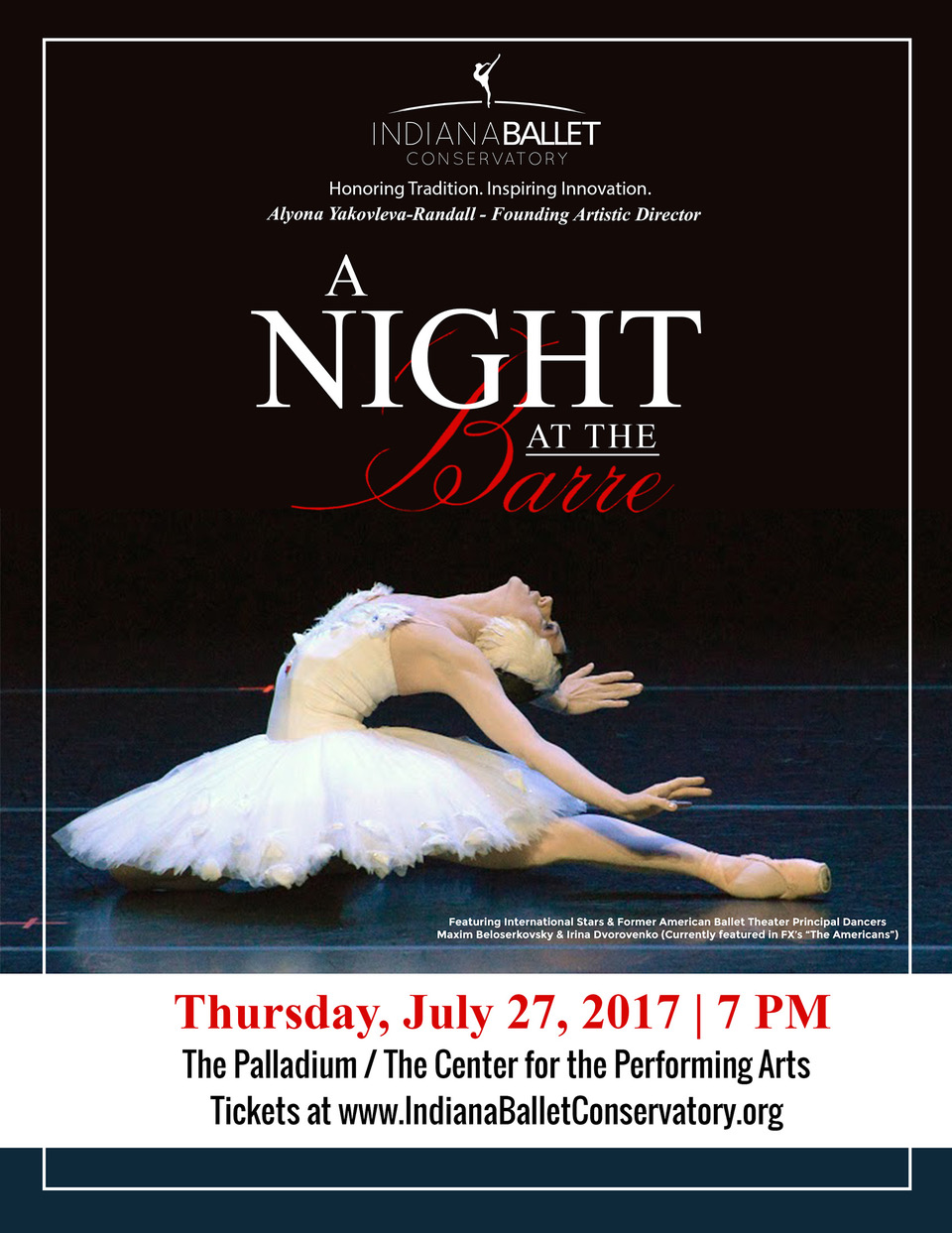 A Night at the Barre

Indiana Ballet Conservatory (IBC) is proud to present its 3rd annual “A Night at the Barre.” This special Gala showcases our students’ artistry in classical, contemporary, and character works; highlighted by a special performance from Irina Dvorovenko and Maxim Beloserkovsky, International Guest Artists and former Principal Dancers with American Ballet Theater. This is a one-night only opportunity to see the next generation of ballet professionals grace the stage with current stars of ballet. 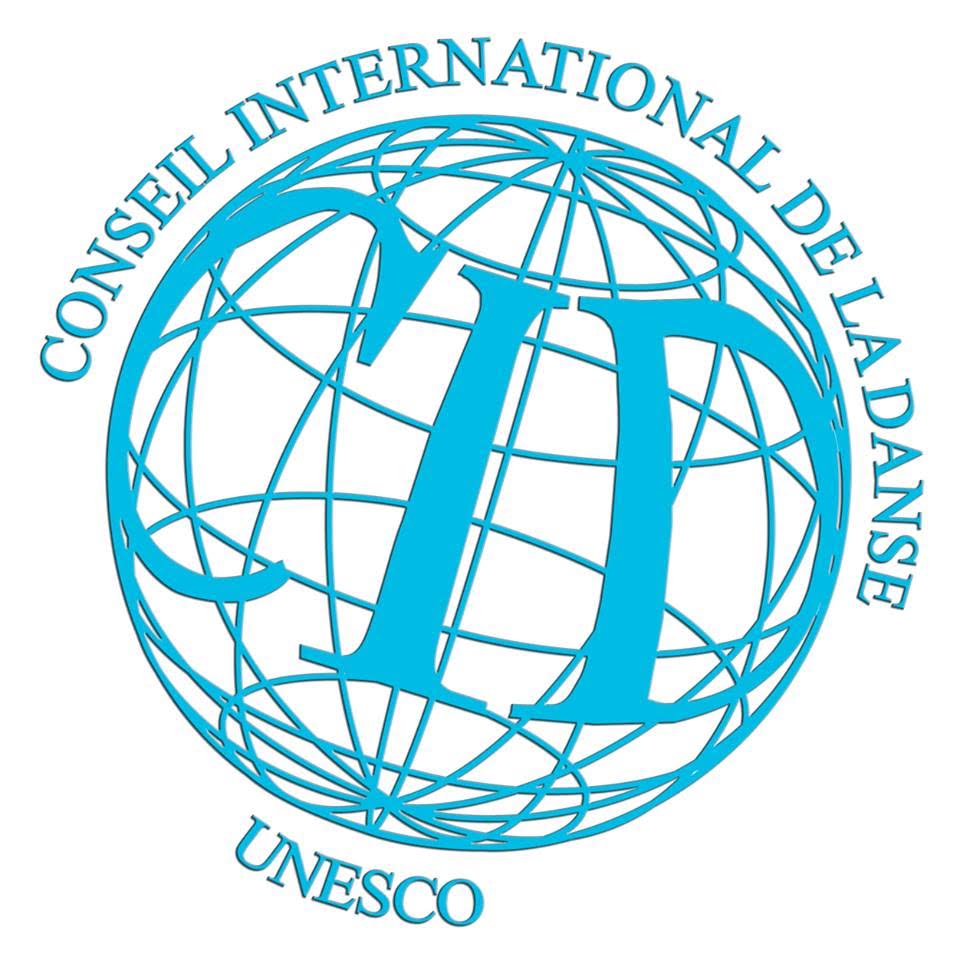