Stanislav Issaev studied the Vaganova Method of Classical Ballet from a young age at the prestigious Perm Dance Academy with Julius Plakht. Upon graduation he joined Moscow Classical Ballet as a principal dancer performing leading roles in all the major classical ballets, such as Swan Lake, Giselle, Le Corsaire, La Bayadere as well as Modern and Contemporary pieces of well-known choreographers. The Gold Medal was awarded to Mr. Issaev at the International Ballet Competition in Varna and the National Soviet Ballet Competition in Moscow.  He was also presented with the titles of Distinguished Artist of Russia, People’s Artist of Russia (the highest artistic honour in the nation) and the Vaslav Nijinsky Prize by the Paris Academy of Dance, which recognized him as “the most distinguished male dancer in the world.”

Issaev performed in more than 40 countries around the world partnering many of the world’s leading ballerinas, including his longtime partner, The Bolshoi Ballet’s Prima Ballerina Ekaterina Maximova. Issaev began teaching and coaching for the Moscow State Ballet Theatre, after which he became Director of the Dance Conservatory and the Associate Director of Dance at the University of South Carolina. Following this he became the Master Teacher/Choreographer at the South Carolina Governor’s School for the Arts, and was subsequently appointed to the position of Chair and Artistic Director of the dance program.

Over the past fifteen years, students that Mr. Issaev has trained have won leading national and international ballet competitions and have also gone on to perform with prestigious American and European Ballet companies. He was named Outstanding Teacher by Youth America Grand Prix in 2002, 2004, 2006, and 2011. Issaev was also selected as a coach in 2009 for the international broadcast of NBC’s “Superstars of Dance.”
Mr. Issaev continues his illustrious career at the world renowned Kirov Academy of Ballet in Washington, D.C. as a Master Teacher and choreographer. 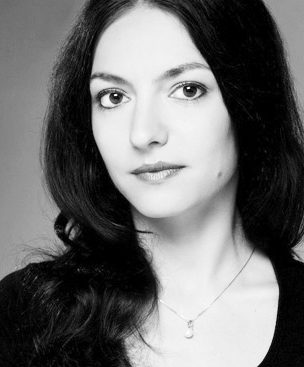 Ms. Yakovleva-Randall is a highly degreed, award-winning ballet dancer, choreographer, teacher, and artistic director. Ms. Yakovleva-Randall began her training at the Academy of Ballet in Novosibirsk and continued to St. Petersburg State University of Culture and Art in Russia, graduating in 1999 with a degree certifying her in Professional Ballet Dance Performance; Choreography; and Ballet, Character, and Historical Dance Instruction. In the summers of 2006, 2007, and 2010 she completed seminars at the Vaganova Ballet...