For the Live Stream competition, we will send an individual competition schedule and link to the ZOOM program to each e-mail address.

Workshop program for all participants, who participated semi-finals and finals 2022

Registration for the Finals is Available in the studio, during Master Classes.

Entry fee for the parents and visitors is $20 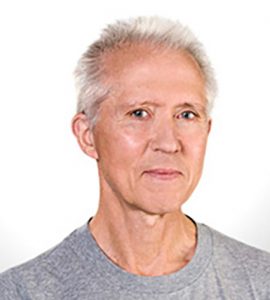 Alexander Gorbatsevich received his ballet training at the Novosibirsk State School of Ballet.
In 1973, having completed his study with distinction, Gorbatsevich joined the Novosibirsk State Academic Opera and Ballet Theatre as a soloist and subsequently joined the Moscow State Academic Ballet Theater as a Principal Dancer in 1977.  In his performance career, his repertoire included most of the major classical roles in Swan Lake, The Sleeping Beauty, Don Quixote, Giselle, The Nutcracker, Romeo and Juliet and Cinderella, as well as, the principal roles in Nathalie, ou La Laitiere Suisse in a production by Pierre Lacotte after Filippo Taglioni; El Guije by Alberto Alonso (both created for the Moscow Classical Ballet); L’Arlsienne by Roland Petit; and Opus #5 by Maurice Bejart.
A dancer with 27 years of experience, Gorbatsevich has had an astounding performance career. He has received numerous prestigious dance awards including first prize and a gold medal at the 11th International Ballet Competition at Varna in 1983, the Rene Blum Prize from the Paris Academy of Dance in 1984 and the title of Distinguished Artist of Russia, which he received in 1983. He has also performed internationally as a guest artist (including The Imperial Russian Ballet, Artistic Director Maya Plisetskaya) and has partnered with some of the greatest ballerinas of our time including E. Maximova, N. Sorokina, L. Kunakova and N. Pavlova.
In 1992, Gorbatsevich completed his studies at the State University of Lunacharsky G.I.T.I.S. in Moscow with a degree major of Ballet Master, Teacher and (teachers included Eugene Valukin, Marina Semyonova and Marina Kondratyeva)
Gorbatsevich’s teaching career began at the Moscow State Academic Ballet Company. He continued to dance and teach with various companies throughout his career.
A graduate of Canada’s National Ballet School’s Teacher Training Program, Gorbatsevich joined the artistic staff at NBS in 2002. In his current role as National Audition Tour Manager and as a teacher in the Professional Ballet Program, Gorbatsevich continues to draw from his experiences as a professional dancer. In addition to his work at NBS, he takes great joy in teaching ballet to students in dance studios across the province. 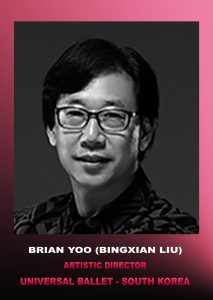 Born in Jilin, China, Brian Yoo (Bingxian Liu) graduated from the Jilin Arts School and afterwards studied dance pedagogy at the Beijing Dance Academy. After graduating he taught for a while at his alma mater in Beijing, later joining Universal Ballet as a soloist. For two years, beginning in 1995, he was ballet master and choreographer at the Guangzhou Ballet in China, and from 1997 at the National Ballet of China in Beijing. Dancers who prepared under his coaching have won gold and silver medals in the international ballet competitions in Varna, Paris and elsewhere. In 1999, Bingxian rejoined Universal Ballet as Ballet Master, and was promoted to Assistant Artistic Director in 2000, and Artistic Director in 2009. For a number of years, he also served as the Director of the ballet department of Sunhwa Arts Middle and High School. While at Universal Ballet, he has choreographed several ballets for the company, most recently the company’s new full-length Korean ballet, The Love of Chunhyung, which will be revived this year as part of the company’s 30th Anniversary Season. His shorter works in the company’s repertory include Paganini Rhapsody, Rachmaninov Piano Concerto, and The Colors. 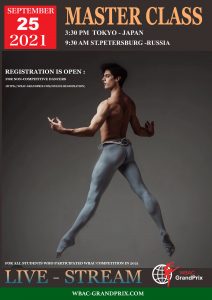 Xander was born in East Yorkshire, England & began dancing in Kingston upon Hull at the age of 8. When he was 11 he joined the Royal Ballet School in London where he trained until his graduation upon which he joined The Royal Ballet in Covent Garden. In 2009, Xander was invited to join The Mariinsky Ballet by its ballet director Yuri Fateyev and moved to St. Petersburg to join the company in January 2010 as its first and only British dancer. Xander was made a Principal in July 2017.His awards include the Positano Premia La Danza Léonide Massine Emerging Dancer on the International Scene Award 2014, Best Young Male Dancer at the 1st Taglioni European Ballet Awards in Berlin 2014, and Outstanding Male Performance (Classical) for Apollo at the UK’s Critics Circle National Dance Awards 2014. He was awarded an OBE in the Queen’s New Year’s Honours list for services to ballet and UK-Russia Cultural Relations in January 2019.Xander has been a guest artist with the Kremlin Ballet and the Stanislavsky Ballet in Moscow, English National Ballet, the ballet company of the Opera National Bucharest, and American Ballet Theatre as an ABT Exchange Artist.Xander is generously supported by The Mariinsky Theatre Trust UK. 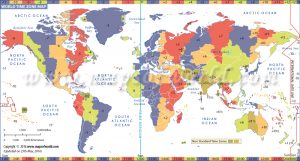 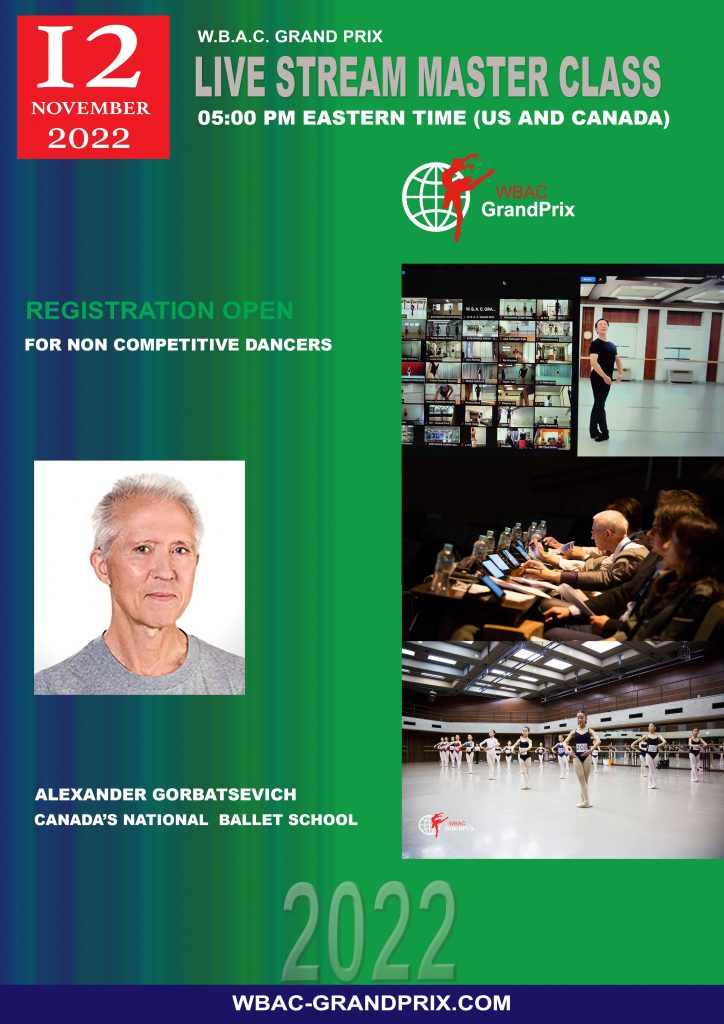 The international judging panel will be score by watching live webcasts.

The results of the competition will be posted on the website wbac-grandprix.com for 48 hours after the competition. Certificates and awards will be sent by e-mail.

The Semi-Final and Finals winners will be receiving Cash Prices.

All participant’s registration in the competition the same way as before (go link: https://wbac-grandprix.com/online-registration/) Please choose the city and we will add you to the correct time zone. Information about time zones you can find below or on the schedule page. https://wbac-grandprix.com/schedule-2/ An Individual competition time schedule will be sent to each school and participant’s e-mail. 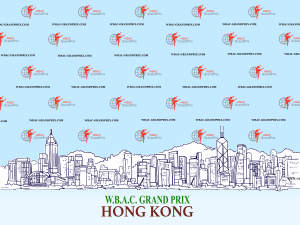 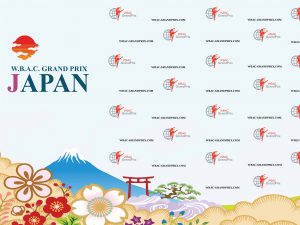 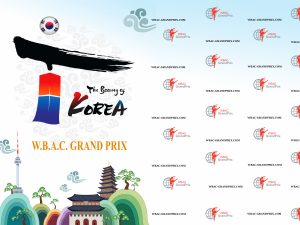